European Study Tour to Germany and France in July 2013

Mahatma Education Society’s, Pillai Group of Institutions organized an International Industrial Visit to Europe – Germany and France from 2nd to 10th July, 2013 for its Engineering students. The team included total group of 19 students both from PCE, New Panvel and PHCET, Rasayani was led by Principal, PCE and Mrs. Nivedita Shreyans, PRO, MES.

Our trip to Germany began in Berlin. Without wasting time, we immediately started upon the Berlin City Tour. We spent time at the Victory Coloumn and saw the Berlin Wall etc. From there we travelled to Dresden to visit the Volkswagen factory. This Volkswagen plant is the only one in the world which assembles the Phaeton. The whole building is made wholly of glass to signify transparency of operations. We saw the different stages of the assembly line which consisted of three different circuits. The delivery system to the plant was well built into the existing transportation system of the city. The company used a special fleet of trams to navigate through the city without disturbing the traffic in the city.

We stayed overnight at Dresden and in the morning we travelled to Stuttgart to visit the Mercedes Museum. The museum was interactive and very informative. After spending a few hours there, we travelled to Munich to stay overnight. In the morning, we headed to the BMW museum. Lucky for us, the museum had a special Rolls Royace exhibit on the day we visited. The students especially the ones from the automobile branch enjoyed the few hours we spent there. It was enlightening to learn about the history of BMW and to view generation after generation of cars. The Rolls Royace exhibit was a treat. These cars are some of the most luxurious cars in the world and to be able to see them up close was a pleasure.

In the afternoon, we headed to iSTec, a company where our very own principal, made his mark a few years ago. We were received by one of his colleagues, Mr. Reinhold Sunder. We were taken down for lunch where Mr. Alexander Kolbaseff joined us. They hosted a small and sumptuous German lunch for us. After dining, we headed to the conference room for a small presentation by Mr. Kolbaseff. He told us about the involvements of the company in Security and Diagnostics in Nucleur Energy, Wind Energy and recently, High Speed Trains. After a short history of ICE trains of Germany, he told us about the various ways they monitor the components of the train and how they analyze the data to look for alerts. We ended with a small presentation by Mrs. Nivedita Shreyans about the college and a presentation by one of the students, Priyank Nandu, on India (Big Country, Big Brains). Akash Nair and Utkarsh Mittal gave a small vote of thanks to end our visit.

The next day, we went around the city with a very charismatic guide, John Mountain. He kept the group engaged and informed us about the history and the culture of Berlin. After seeing the chimes at 12 o’clock, we headed for lunch, following which we visited the Dutsches Museum in Berlin, the biggest technical museum in the world. A technical museum spread over a huge area, it boasted of a variety of exhibits in numerous fields. Our very capable guide took us through everything from ships, submarines, aeroplanes, to nanotechnology, OLED’s, space race etc. After a very tiring day, we were happy to reach the train station where we caught an overnight train to Paris.

Tired by the days activities, we finally got on our 10 hour bus journey to Toulouse.

In Toulouse, we had to visit the Airbus Assembly Line. This was perhaps the point of the trip that everyone was looking forward to the most. We were received by Mr. Francis Meyselles, Senior Director of Customer Relations, South East Asia and Japan. We started by viewing the assembly lines of the A320’s and the A380’s. We learnt about the capacity, range and functions of the models. This informative tour was followed by a lavish lunch provided by hour hosts. In a truly fine dining experience, the students were offered a taste of French Cuisine which they will never forget. Stomachs full, energy renewed, we visited the mock up centre, a privilege specially arranged for us by our hosts. The building contained mock ups of all their models and is usually used to give prospective customers a small look into what they are buying. In the same building we also saw a mock up of what Airbus expects the future of Airlines to be. A truly futuristic vision. After exiting the mock up centre, our gracious hosts gave small souveniers to all the students. The students in turn gave a small gift and vote of thanks to Mr. Francis Meseylles.

A short visit to Toulouse University to see their facilities followed. After a small lecture by one of their professors on composites we left the campus to retire to our hotel for the night.

Our first day in Paris was spent at Disneyland. Starting in the morning the whole group had the whole day at Disneyland up till the fireworks show at night, Disney Dreams. Words cannot describe the magic of the Disney parades and shows. After a jam packed trip, this day was a reprieve for the students. The second day was reserved for a city tour around Paris. We started by a visit to one of the Royal Squares, followed by the Louvre Museum, house of the Mona Lisa. Short on time, we quickly rushed to the Eiffel tower where we spent a few hours on the upper platforms and taking pictures. Tired by the days activities, we finally got on our 10 hour bus journey to Toulouse.

This concluded our trip to Europe. I think at the end, all the students feel thankful towards our Principal and Mrs. Nivedita for organizing the trip. Under their guidance, the students were able to undertake a trip which broadened both their minds and their horizons. We look forward to further such endevours organized by the Pillai Group of Institutions. We thank them from our hearts. 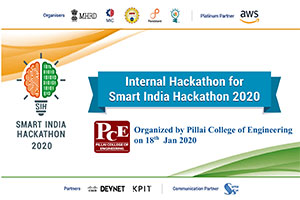